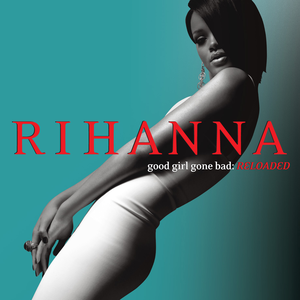 Good Girl Gone Bad is the third studio album by Barbadian R&B/pop singer Rihanna, released on June 4, 2007 in most European countries and on June 5, 2007 in the United States. The album was re-released in June 2008, a year after its original release, under the title Good Girl Gone Bad: Reloaded. The double-disc deluxe edition package includes a DVD counterpart featuring behind the scenes footage and four live performances from her concert tour with three new singles: the US, Canadian and UK number-one "Take a Bow",[16] "If I Never See Your Face Again"[17] with Maroon 5 and "Disturbia", which became the third single from the album to reach number one on the Billboard Hot 100. The album has been certified 2x platinum by the Recording Industry Association of America (RIAA), denoting shipments to US retailers of two million,[18] and selling over seven million copies worldwide. User-contributed text is available under the Creative Commons By-SA License; additional terms may apply.