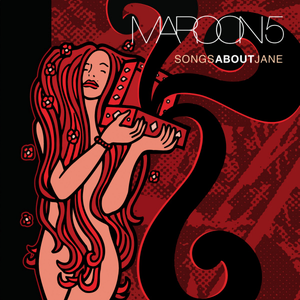 Songs About Jane is the debut album of American pop rock band Maroon 5, released June 25, 2002 on J Records and Octone Records. The album became a sleeper hit with help of five singles that attained chart success, including the Billboard hit "Harder to Breathe" and international hits "This Love" and "She Will Be Loved". It was re-released on October 14, 2003, and by the end of 2004, had reached the top-ten of the US Billboard 200 chart. Songs About Jane had sold nearly 2.7 million copies by the end of 2004 and has been certified multi-platinum in sales in several countries. User-contributed text is available under the Creative Commons By-SA License; additional terms may apply.