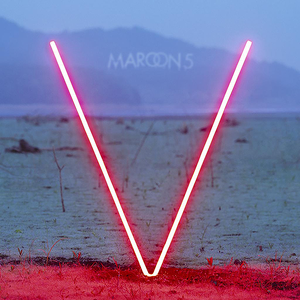 V is the fifth studio album by American band Maroon 5. It was released on August 29, 2014, by Interscope Records. V was Maroon 5's first album to be released through Interscope after the band's previous label, A&M Octone Records, transferred them along with most of its artists to Interscope. The album also saw the return of keyboardist/rhythm guitarist/backing vocalist Jesse Carmichael after his absence from recording, touring and promoting Overexposed (2012). V debuted at number one on the U.S. Billboard 200, selling 164,000 copies in the first week. The album produced three hit singles, "Maps", "Animals", and "Sugar", peaking at number 6, number 3, and number 2 on the U.S. Billboard Hot 100, respectively. A re-release single, "This Summer's Gonna Hurt like a Motherfucker", was released on May 15, 2015. The last single "Feelings", was released on September 14, 2015. User-contributed text is available under the Creative Commons By-SA License; additional terms may apply.